I wrote about Claudia Sheinbaum, Mexico City’s first elected woman mayor. Her election was the outcome of years of feminist organizing, and her administration will give unprecedented attention to women’s issues.

“When Claudia Sheinbaum Pardo takes office in December, it will be the culmination of an historic moment: Last month, she became the first woman elected mayor of Mexico City, winning 47 percent of the vote in a crowded field.

Sheinbaum’s election was a moment a long time in the making according to Ximena Andion, the executive director of the Simone de Beauvoir Leadership Institute in Mexico City, which runs programs on reproductive rights, women’s economic autonomy and political participation.

‘What happened in Mexico City is the result of a movement during the last 20 years, led by feminists and women in politics,’ said Andion. Her institute operates a program to build women’s political participation, which includes workshops for political parties and government entities.”

Read the full article on CityLab. 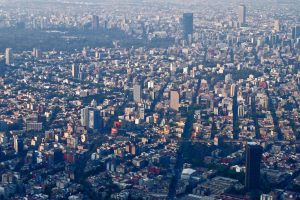