A natural gas pipeline was scheduled to go online in 2017, but TransCanada wasn’t counting on indigenous resistance.

I wrote for The Nation about the Tuxpan-Tula pipeline in Central Mexico and the local movement lead by Indigenous communities to stop it.

“If finished, the Tuxpan-Tula pipeline would connect to an underwater pipeline from Brownsville, Texas, known as Sur de Texas-Tuxpan, also owned by TransCanada. The fate of the Tuxpan-Tula pipeline, now almost two years behind schedule and millions of dollars over budget, will have consequences far beyond these mountain towns. The pipeline would connect the oil and gas fields of West Texas with the burgeoning Mexican energy market. Crucially, it will lock Mexico into natural gas consumption for years to come, delaying the transition to renewable fuel sources and making it nearly impossible for the country to meet its climate goals.” 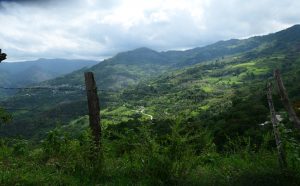