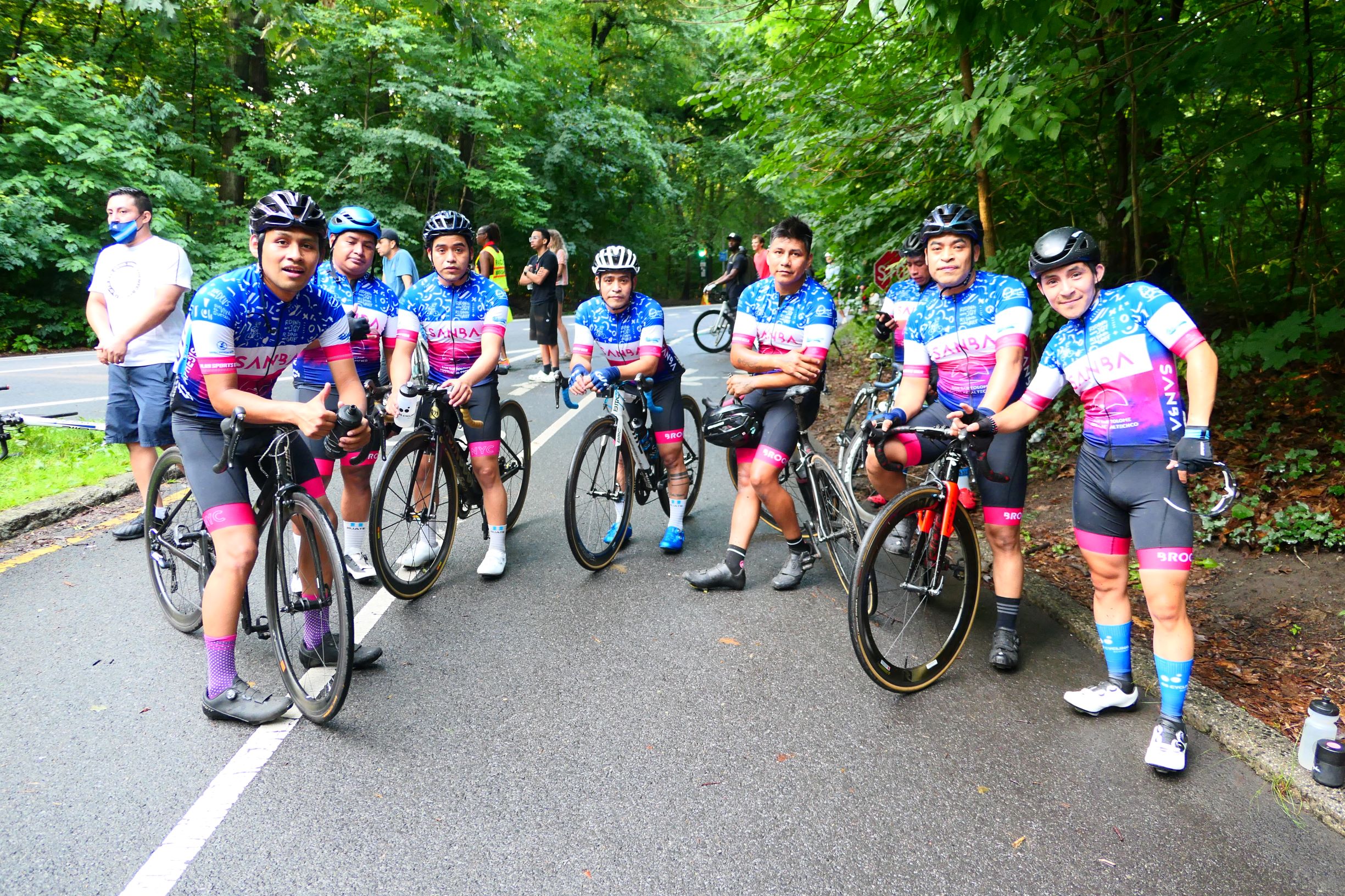 I wrote for Outside about Daniel Pérez and the Sanba Cycling Team.

“On a July morning, the cyclists start arriving at Brooklyn’s Prospect Park before dawn, the pavement still wet from an overnight downpour. More than 300 people are registered for the second race in this year’s Lucarelli and Castaldi Cup, a fixture in New York City’s cycling circuit. Competitive cyclists in the city are finally releasing the pent-up energy of a year without bike racing, waiting out the pandemic.

Daniel Pérez, founder of the Sanba Cycling Team, lines up alongside 25 of his teammates in their blue, white, and pink kits. At 36, he has the slight, efficient build of a competitive cyclist. The final stragglers hurry to pin on their numbers and join the ranks. Then the whistle sounds, and the race is off.

The Sanba racers include Rafael, who commutes 40 miles round-trip every day to his construction job in Long Island; Antonio, who fits in training rides around his food delivery job; and Edgar, a line cook and lifelong soccer player giving cycling a chance. Off the racecourse, these Guatemalan and Mexican immigrants work long hours and navigate life in neighborhoods hit hard by the pandemic. But for this moment, they can ignore all that. In this moment, they just want to win.”