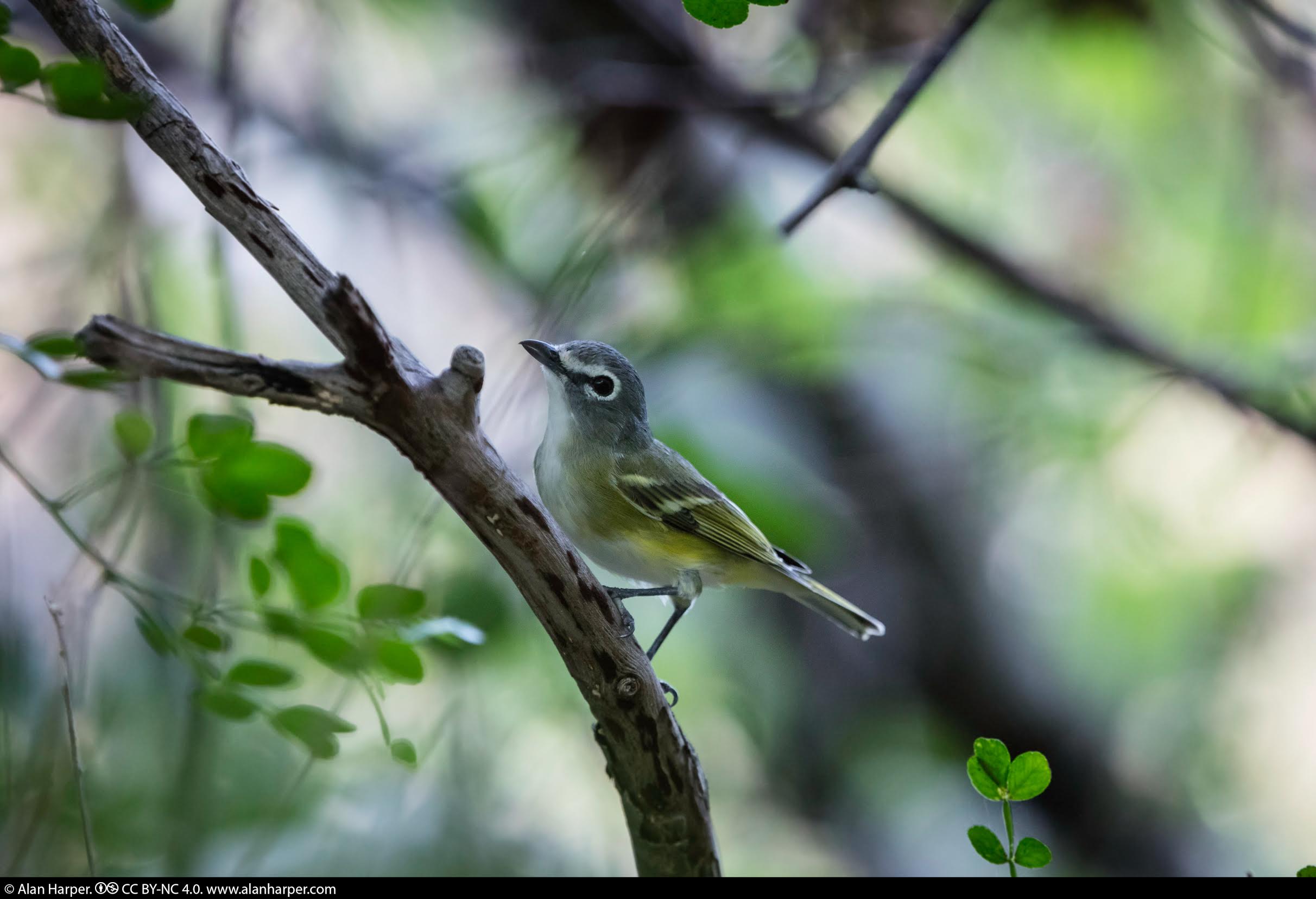 I have a new piece out today on Mongabay.com about a gold mine concession in Baja California Sur inside a biosphere reserve. A recent ecological survey found over 900 species in the concession area and the scientists hope this could provoke a new environmental review. However, some of Mexico’s most influential business interests are behind the mine. This builds on my earlier reporting for Mongabay on the spate of mines in Mexico’s natural protected areas. Read the full article here.

I published a feature on GOOD from Paris, examining the impacts of climate change on migration and displacement. Read the full article here. “Ousmane Badiaga, an undocumented immigrant living in Paris, was a rice farmer in his home country of Senegal. Speaking to an audience in a suburb of Paris during the United Nations climate summit, he told his story. ‘In 2010 there was a terrible drought, and we had to take on a very big debt to plant. This happened again in 2012.’ Badiaga told… END_OF_DOCUMENT_TOKEN_TO_BE_REPLACED 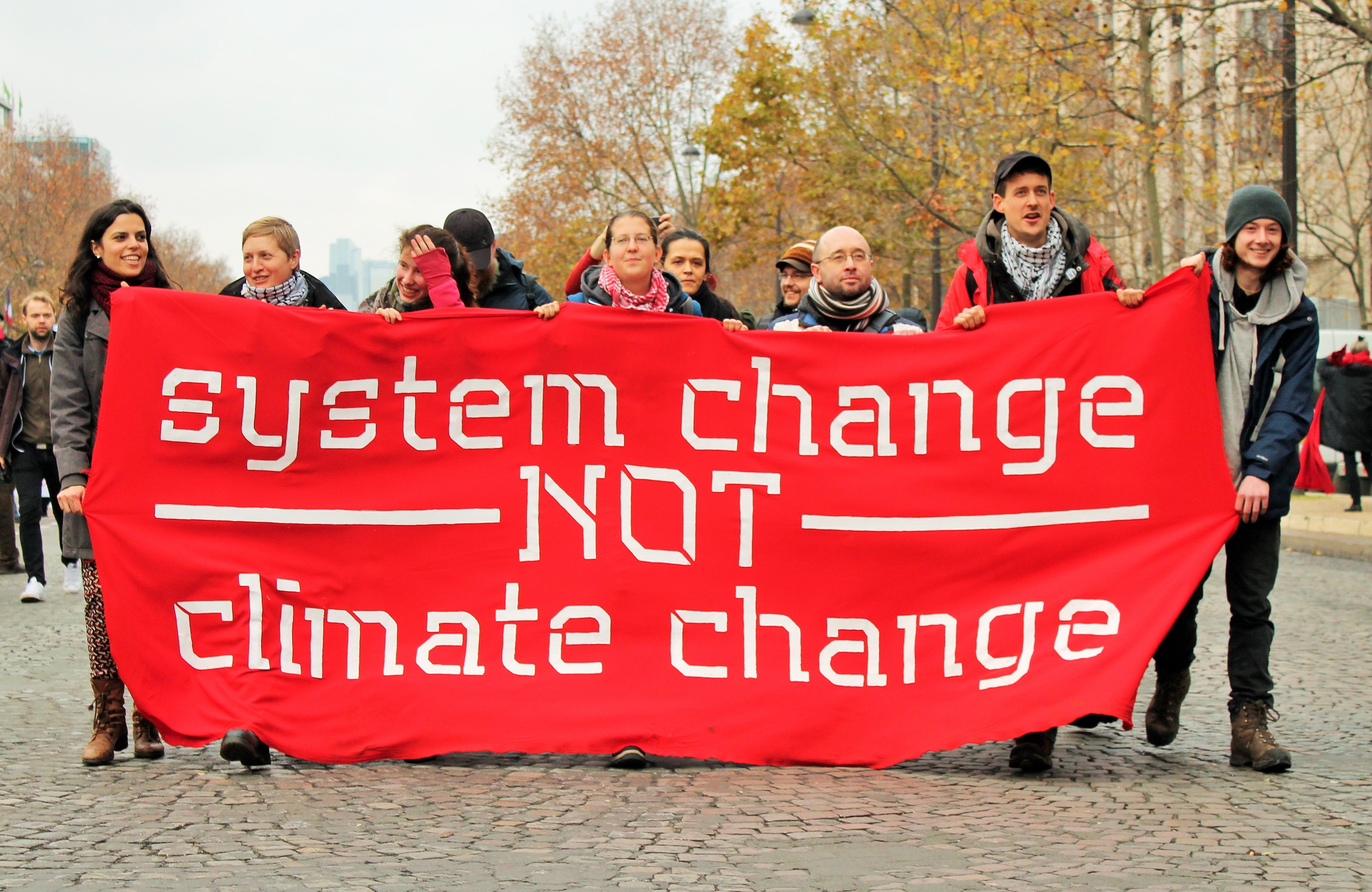 My final report for CIP America’s Program on COP21 in Paris was publsihed Sunday. Please follow this link to see photos and coverage of the final march in Paris on Saturday. “On December 12, the final day of the Paris climate talks, an international group of protesters filled the streets of the French capital to mark their ‘red lines’ for climate justice. The Red Lines Coalition, which includes Attac France, 350.org, Climate Games, Avaaz and Confédération Paysenne, described the action as a way to, ‘honor… END_OF_DOCUMENT_TOKEN_TO_BE_REPLACED 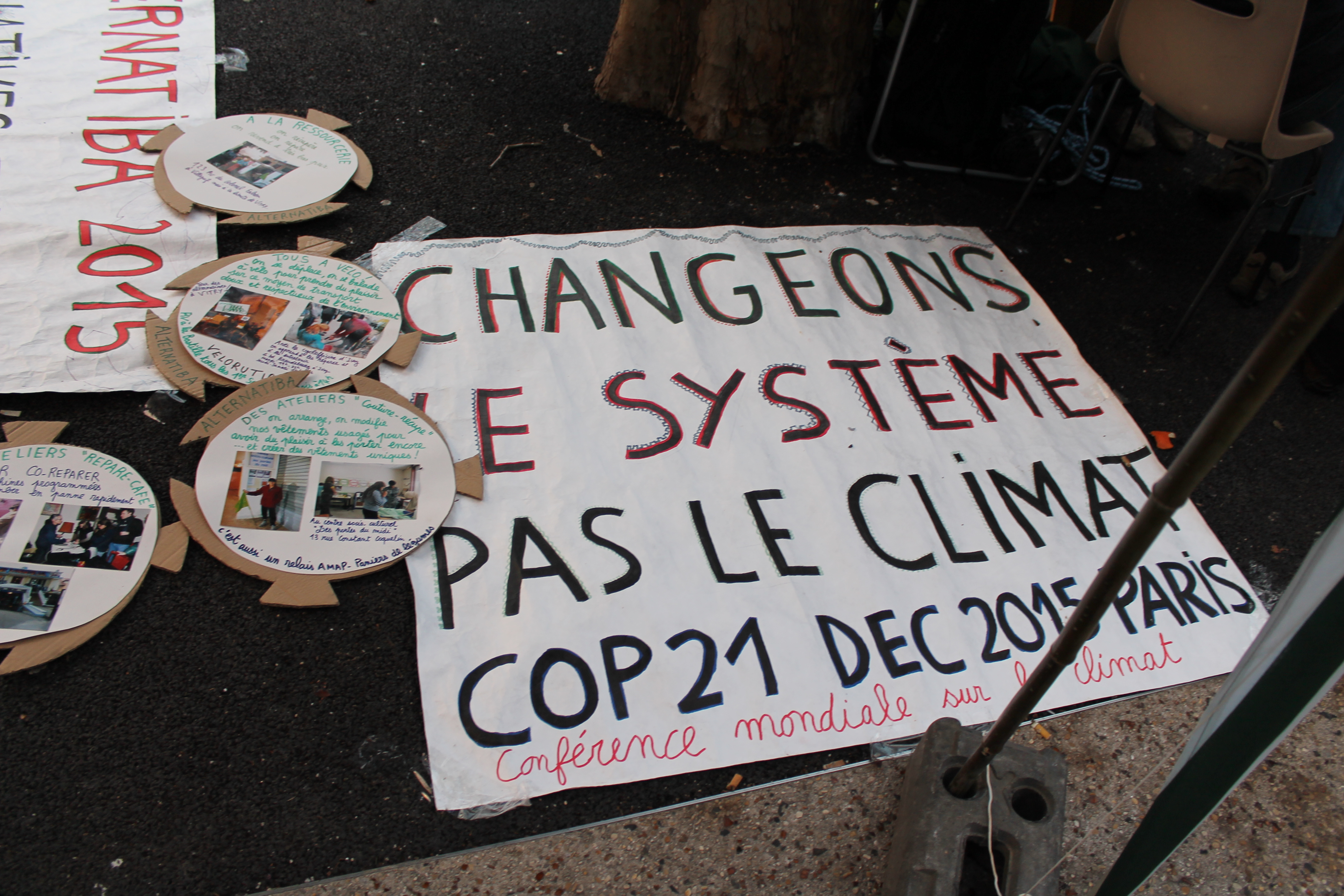 My second dispatch from Paris at COP21 has been published on The Americas Program. “The Juarés Plaza in Montreuil, a small city to the east of Paris, is thronged with people, dancing, chanting and carrying bulky chairs above their heads. The procession winds out of the square to the applause of the audience. If I’d had time to count, it would have been 196 chair—all ‘requisitioned’ from area banks—to represent the 196 countries at the COP21 negotiations.” Read on to learn what requisitioned chairs, colonial… END_OF_DOCUMENT_TOKEN_TO_BE_REPLACED 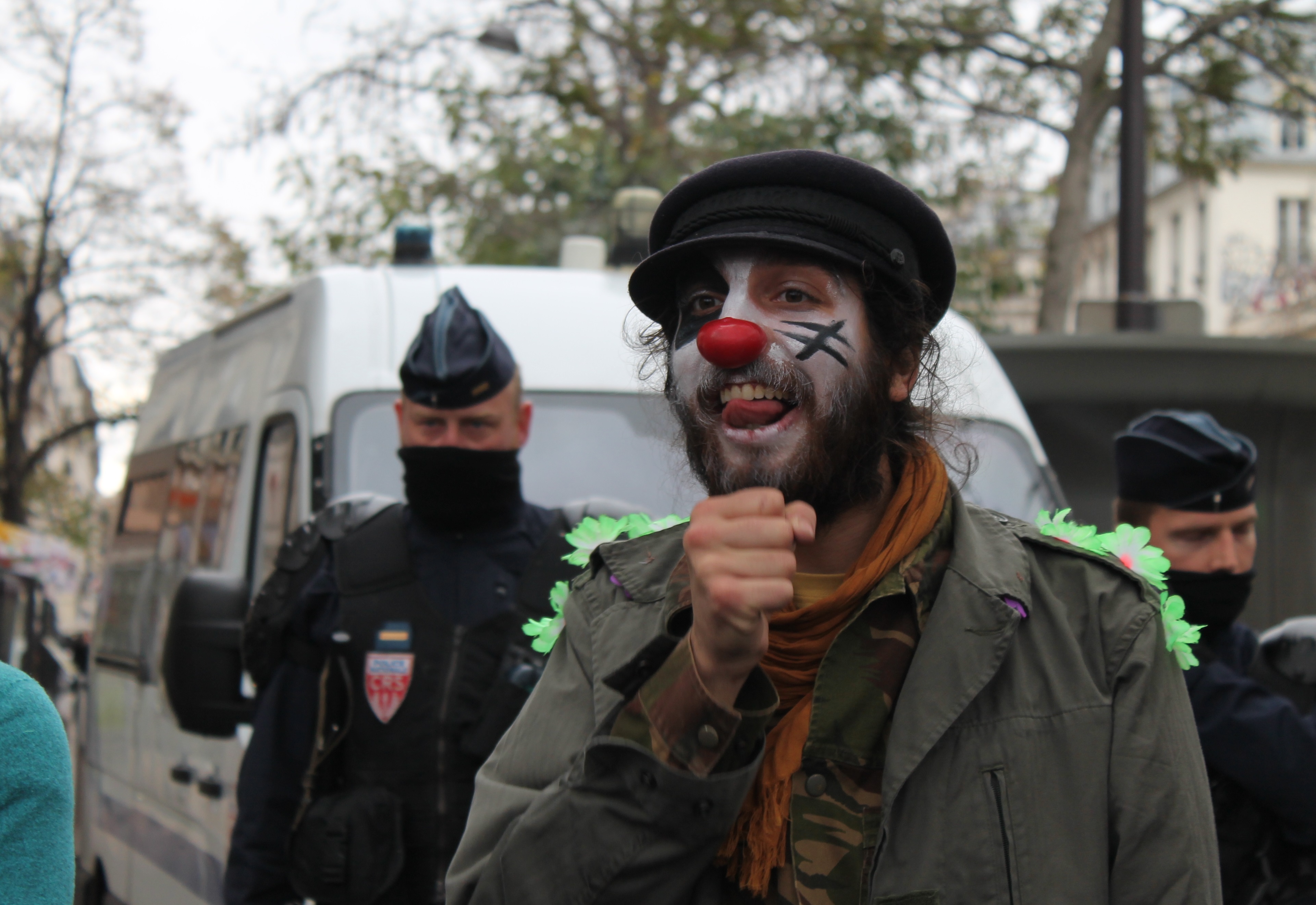 My first report for the America’s Program from the Paris Climate Talks, COP21, is up. “Critics have pointed out that marches during the climate talks were banned under security pretexts, yet other large public gatherings such as soccer matches and concerts have continued. The timing indicates the protest ban is a convenient pretext to quell social protest during the summit.” Check out my commentary and photos here.

I have been writing away here in San Cristobal, but this is my first published piece in several months. It is also on the Black Sheep Journal.  Stay tuned for more in coming weeks.

Today is Independence Day in Mexico, marking the day in 1810 when Hidalgo’s “grito” (shout) called for rebellion, and the Independence War began. Leading up to the festivities here in San Cristóbal de las Casas, Chiapas, brass bands practiced late into the night, red, white and green lights illuminate the central plaza, and vendors are out in force, selling Mexican flags, sombreros, streamers, and… model PEMEX trucks. This oddity is a window into the fierce national pride surrounding Petróleos Mexicanos, or PEMEX, Mexico’s national oil company and the heated debate over President Enrique Peña Nieto’s “energy reform” plan.

The energy reform, which would further open PEMEX to foreign investors and ownership, goes far beyond the question of economic competitiveness which Peña Nieto makes it out to be. It strikes at the core of Mexico’s anti-imperial history and values. A strong resistance movement has emerged in recent months to counter the wave of privatization is bearing down on PEMEX.

END_OF_DOCUMENT_TOKEN_TO_BE_REPLACED

The PopDev program, where I am a Political Research Fellow, recently published my DifferenTakes issue paper, “Is This the Future We Want? The Green Economy vs. Climate Justice.”  This blog post announced the publication on the Black Sheep Journal. Negotiators, big NGOs, and companies In U.N. environmental summits are promoting the “Green Economy” as a win-win-win for people, the environment and business interests.  Yet global South social movements denounce the Green Economy for serving the interests of transnational corporations and wealthy nations, and for stomping on… END_OF_DOCUMENT_TOKEN_TO_BE_REPLACED

The Keystone XL pipeline struggle has created new alliances between environmental NGOs opposing the pipeline, and indigenous peoples whose lands it would cross, which the strong presence of indigenous speakers at the recent Forward on Climate rally in DC illustrated . For environmentalists Keystone represents “game over” for climate change. For indigenous peoples it is another development project imposed without Free, Prior and Informed Consent, which will not benefit their communities. For these alliances to last beyond the limelight of the Keystone fight, grassroots activists of non-native backgrounds must ground their solidarity in a commitment to supporting long-standing indigenous struggles.

My involvement began on August 31, 2011 when I joined the first major tar sands action in Washington, DC, and was arrested for taking part in non-violent civil disobedience in front of the White House, calling on President Obama to reject the Keystone XL pipeline. Despite protests, the southern leg of the pipeline is already under construction as are numerous pipeline projects in Canada, including Pacific Trails and Northern Gateway. Near where I live in New England, the Enbridge Trailbreaker is proposed to bring tar sands oil from Ontario to Portland, Maine. Even if we strike down Keystone, it is just one arm of the strategy of energy companies to transport tar sands oil and fracked natural gas to the coasts. The struggle against Keystone is quickly expanding to join with efforts against other pipelines.

END_OF_DOCUMENT_TOKEN_TO_BE_REPLACED Originally posted on the Center for New Community’s blog  Imagine 2050.  I am writing on a monthly basis for their series on Race, Migration and the Environment.  You can find my first two posts here and here. A big thanks to my friend Ashley Trull for her input on this piece. Environmentalists and social justice advocates are linking struggles across borders to fight the transnational forces causing climate change. The work of global activists is countering arguments put forward by white nationalist groups that claim… END_OF_DOCUMENT_TOKEN_TO_BE_REPLACED