I wrote for the “Developing” series at New York Magazine, which looks at tech in a global context. This story was inspired by my time researching in Oaxaca in 2014-15. It’s always fun to bring an old interest into my current reporting.

Commercial cell-phone companies like Telcel and Movistar had declined requests to extend service in this mountainous area known as the Sierra Norte. Talea de Castro, along with other nearby towns, petitioned the federal government for the right to use the radio frequency for their own cell network.

Since then, TIC has expanded to 16 other Oaxacan communities, beat a costly lawsuit filed by the Mexican government, and is planning to launch in four more states. Communities that were overlooked by telecommunications companies can now access health services and employment, and talk to far-off family members.” 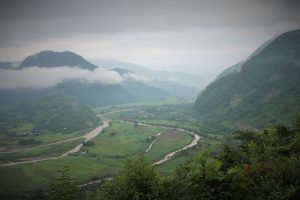