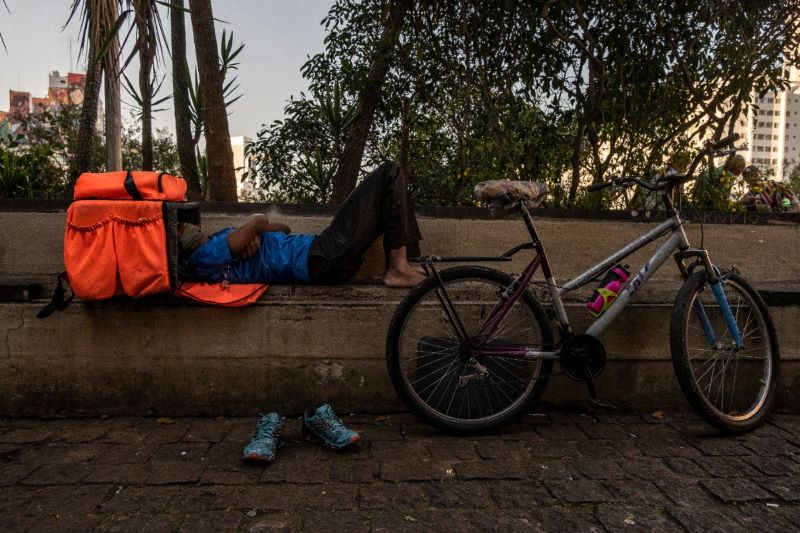 “‘Do you know what torture it is to go hungry while I am carrying your food on my back?’

Delivery worker Paulo Roberto da Silva Lima posed this question in a video in March, calling out food delivery apps for leaving workers unprotected in the pandemic. Da Silva, better known as “Galo” because as a child he dreamed of having a Sete Galo Honda motorcycle, filmed it on his 31st birthday. He was behind on bills at his home on the outskirts of São Paulo. He got a flat tire while making a delivery, and after fixing it,  he opened the UberEats app.

‘I had been blocked,’ he remembers, because a flat tire had delayed the delivery. ‘I wanted to fight back.'”

I wrote with Brazilian journalist Rafael Vilela for Motherboard about the growing movement of delivery app workers in Latin America. Read the full story here, with Vilela’s photographs.