I wrote for the DeSmogBlog with Steve Horn about indigenous resistance to pipeline expansion in Mexico, and what could come next under president-elect López Obrador.

“Outgoing president Enrique Peña Nieto signed the energy reforms in late 2013, opening the previously state-owned oil and gas sector monopolized by the company Pemex (Petróleos Mexicanos) to direct foreign investment. With little popular fanfare, the floodgates are now open for international business, and since 2013, foreign companies have invested heavily in pipeline infrastructure set to transport oil and natural gas predominantly obtained via hydraulic fracturing (“fracking”) in the U.S. across the border into Mexico.

Despite that push to expand Mexico’s pipeline grid and oil and gas market, communities and indigenous groups have managed to halt construction on at least four pipelines owned by TransCanada and Sempra Energy in Mexico. Their tactics range from refusing to issue permits to taking legal and regulatory system action, and in some cases, actually physically blocking or sabotaging construction itself. TransCanada is best known for its ownership of the Keystone Pipeline System, including the proposed Keystone XL pipeline, slated to run from Alberta, Canada, to Nebraska.” 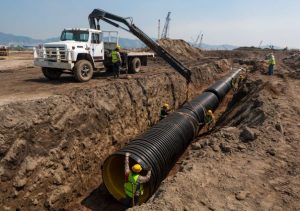